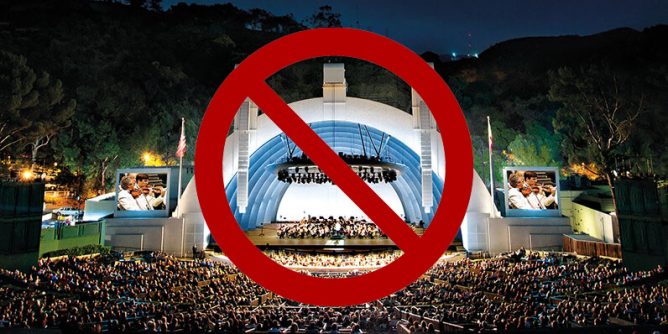 Many major news outlets are reporting that the entire Hollywood Bowl 2020 Summer Season has been cancelled.

The move marks the first time in 98 years that the iconic amphitheatre located in the Hollywood Hills neighborhood of Los Angeles has cancelled its season. Shows have never ceased for more than two weeks during the last 100 summers at the Bowl.

I was hoping that some of the season may be salvaged in August and September.  Devastated.