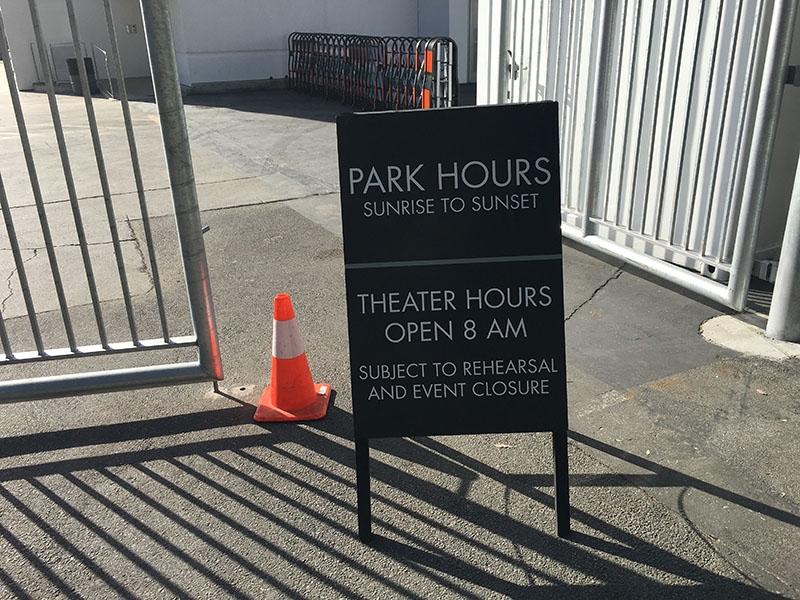 The Hollywood Bowl theater area now opens up at 8am.  As one who enjoys walking the Hollywood Bowl weekend mornings at 7AM, I was surprised to see the barricades. At first I thought it might be due to the plaza construction however the next weekend a sign appeared explaining the lack of early morning access.